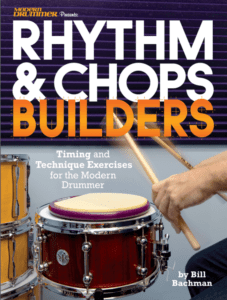 “Timing and Technique Exercises for the Modern Drummer – By Bill Bachman”

Rhythm and Chops Builders by renowned technique master Bill Bachman, contains a ton of practical and efficient exercises for developing and expanding your rhythmic vocabulary and accuracy and for increasing your overall comfort level with the sticks. This book is best used in conjunction with Bachman’s Stick Technique, which focuses on the physical motions required for building loose, flowing, powerful, and fast hands. Take your chops to the next level, and order your copy today!” 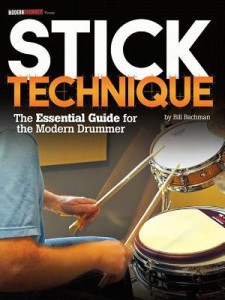 Partially culled from Bill Bachman’s popular “Strictly Technique” articles in Modern Drummer magazine, this book focuses on the techniques and key hand motions which will help players develop hands that are loose, stress free and ready to play anything that comes to mind.

The book is for everyone who plays with sticks regardless of whether you’re focusing primarily on drumset orchestral percussion or the rudimental style of drumming. Divided into three main sections – Technique, Top Twelve Rudiments and Chops Builders – the book is designed to get you playing essential techniques correctly and as quickly as possible. Also includes a bonus section for two-hand coordination and independence.

Quad Logic, Rudimental Logic, and Bass Logic are my instructional books which were written to fill voids in the available marching percussion resources, and the separately available Logical Warm-up package puts it all together in a series of 12 key exercises for your drumline.

Before the “Logic” series, there were no known books at all available on tenor and bass drumming, and no rudimental technique book that actually told you how to play things. I was also inspired to write them because I was tired of writing down so many exercises for students that were unique to the teaching methods that I’d found most effective.

Starting in 1997 the books were self-published under the “Logical Press” banner, but soon after the entire Logic series was published through the mighty Row-Loff Productions!

The Vic Firth “Billy Club” Bill Bachman signature drumstick is yet another invention of mine that fills a need for tenor drummers. I wasn’t completely happy playing with mallets or sticks and I wanted the best attributes of both combined into one.

I liked the big beefy sound and maneuverability (due to the shortness) of mallets, but I did not like the “click” of metal on metal when playing rimshots, or the fact the rimshots are impossible to play on certain drums because the spock drum(s) are in the way.

I liked the quickness and great rimshot sounds you get from sticks, but the sound was always so thin and the longer length made them much harder to maneuver around the drums with. I knew there had to be a better way and that’s how the “Billy Club” came about.

The Billy Club’s design makes for the ultimate tenor stick, now you can get the big beefy sound and maneuverability of mallets with the quickness and great rimshot sound of sticks all rolled into one. Details include a drop-down in diameter in front of the fulcrum to give the front two fingers maximum leverage for finesse, and a bead designed to have the biggest footprint possible on the drumhead at both the crossed over and under angles.

Bill designed Vic Firth’s Heavy Hitter Pad series – a wildly successful product that set the standard for the practice pad industry. Few know this, but HeavyHitterPads.com started as a garage project with Bill teamed up with roommate & friend Chris Romanowski. After 2 years and way to much demand to possibly fulfill all of the orders, Vic Firth became the exclusive manufacturer and distributor for the pads.

Here are a few Heavy Hitter Pad innovations: thinner thicknesses of gum rubber to better approximate Mylar and Kevlar heads, Quadpads set up to scale with the real drums featuring normal and scrape playing areas, Mylar laminates for maximum articulation and realistic feel, and a bass pad for bass drummers which accelerates technique development since the can actually see what they’re doing. Heavy Hitter Pads turned the whole pad industry on its head and while many have tried to copy, nothing compares to the original, the Heavy Hitter! 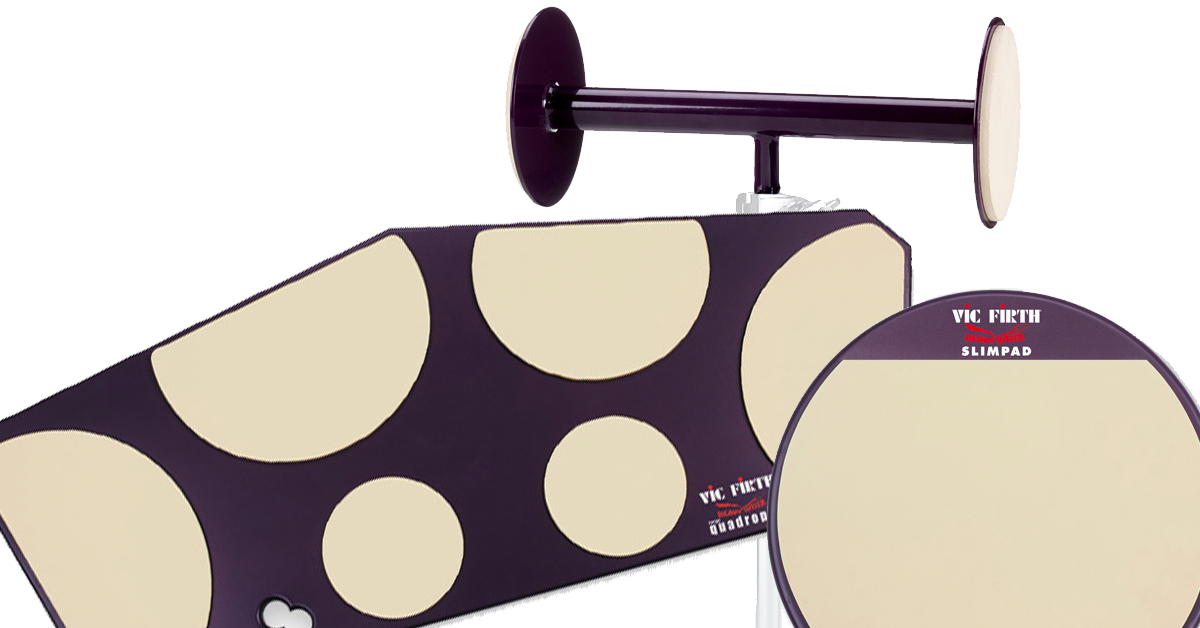 An advanced quad solo inspired by the brilliance of Genesis and a not so brilliant intercontinental Flight to Australia. A challenge for both the hands and the brain. 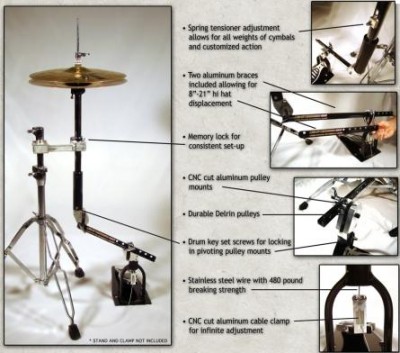 To be perfectly upfront, this project is currently shelved as I’m focusing on other things. Now the product:

The Remote Speedy Hat ™ is my patented remote hi hat invention. It is not only the first remote hi hat to truly work without the lag and drag associated with remote hi hats, but is actually faster than a straight stand by most accounts. It allows for the hi hat cymbals to be moved toward the center of the kit, eliminating the need for the right hand to cross over and trap the left hand underneath when playing the hi hats (and also opens up the left side of the kit for endless set-up options). The secret to the speedy action is the patented design which virtually eliminates friction and lets the hi hat cymbals both react and recoil instantly, just like a hi hat should.